There are a lot of different types of drill bits on the market and it can be hard to know which one to choose for your next woodworking project.

Two of the most popular types are spade bits and brad point bits. Both have their own advantages and disadvantages, so it’s important to know what each type is best suited for before making a purchase.

Here is a quick rundown of the basics of spade bits and brad point bits:

Spade bits are typically used for drilling large holes in wood. The bit has a sharp point that helps it penetrate the wood easily, and the wide body helps to clear out any chips that are produced during drilling.

Spade bits are the cheaper of the two options. But, they can only be used on soft woods – if you try to use them on hardwoods, you’ll probably end up breaking the bit.

One downside of spade bits is that they can sometimes cause splintering around the hole if not used correctly. Besides, they’re not as precise as brad point bits.

Brad point bits are also designed for use on wood, but they are better suited for smaller holes. The tip of the bit is less likely to cause splintering, and the narrower body helps to prevent chips from getting stuck in the hole.

Although they are more expensive but offer greater precision when drilling into wood.

One downside of brad point bits is that they can wear down more quickly than spade bits if used excessively.

So, which is the best option? It really depends on your needs.

If you need a drill bit that’s versatile and inexpensive, go with a spade bit. But if you need precision and don’t mind spending a little extra money, go with a brad point bit.

What is a Brad-Point Bit?

A Brad-Point bit is a type of drill bit used for drilling precise holes in wood. It is called a Brad-Point bit because it has a sharp point that helps to prevent the bit from slipping when starting the hole. The bit also has two cutting edges that create clean, round holes.

The body of the bit is fluted, which allows for easy removal of debris while drilling.

Brad point bits are available in a variety of sizes and can be used with either hand-held or power drills.

What are Spade Bits Used for?

Spade bits are used for drilling holes in wood. The bit is mounted on a drill and the cutting edge is rotated at high speed to create a hole in the material. The size of spade bit is determined by the diameter of its cutting edge.

The most common sizes are 1/4 inch, 3/8 inch, and 1/2 inch. Larger and smaller sizes are also available. Spade bits have two sharpened edges that cut into the material as it is rotated.

The flutes on the bit remove chips from the hole as it is being drilled. Spade bits are used for drilling pilot holes for screws or nails, making slots for electrical outlets or light switches, enlarging existing holes, and boring large holes through thick pieces of wood.

Spade bits are ideal for drilling large holes in wood. They have a sharp point that penetrates easily into the material, and wide blades that quickly remove any debris.

Forstner bits, on the other hand, are designed for making clean, precise holes in a variety of materials.

Their pointed tips and cutting edges allow them to create smooth, consistent holes without chipping or splintering the material.

So, which type of bit should you use? It really depends on the project you’re working on.

If you need to drill large holes quickly, then a spade bit is your best bet.

But if you need to make small, precise holes, then a Forstner bit is what you need.

When it comes to drilling holes in wood, there are two primary bit types that people typically use: spade bits and hole saws. Both of these drill bits have their own distinct advantages and disadvantages that you should be aware of before making a purchase.

Spade bits are the more traditional choice when it comes to drilling holes in wood. They feature a simple design with a sharpened point and cutting edges that do the work of boring through wood.

Spade bits are typically used for smaller diameter holes (up to 1”) and they can be used with either hand-held or power drills.

– Less likely to cause kickback than hole saws

– Can be used with both hand-held and power drills

– Not as effective at cutting large diameter holes

Hole saws are designed for cutting larger diameter holes (up to 6”) in wood and other materials like metal or plastic.

They consist of a circular cutting blade with teeth that do the work of cutting through the material. Hole saws require the use of a power drill and they must be mounted onto an arbor before use.

– Can be used on multiple different materials (wood, metal, plastic)

Which is Better Spade Bit Or Auger Bit?

There are a few key factors to consider when deciding whether a spade bit or an auger bit is the better choice.

Another factor is the size of the hole you need to drill – spade bits can only drill relatively small holes, while auger bits can handle much larger ones.

Finally, consider how precise you need the hole to be – spade bits create fairly large and imprecise holes, while auger bits give you much more control over the size and shape of the hole.

Generally speaking, then, auger bits are going to be the better choice in most situations. They’re more versatile and durable, and they allow you to drill much larger and more precise holes than spade bits.

If you’re only ever going to be drilling into soft materials like wood, though, a spade bit may be all you need.

There is no definitive answer to this question as it depends on personal preferences and opinions. However, some people believe that brad point bits are better than other types of bits because they are less likely to slip and cause damage to the workpiece.

Additionally, brad point bits can be used for both hardwood and softwood without requiring a separate set of bits.

Here’s a quick rundown of the key differences between these two types of drill bits:

– Spade bits have a sharp point that helps them penetrate through materials quickly.

– The cutting edge on spade bits is angled, which gives them more cutting power than brad point bits.

– However, because of their sharpness, spade bits are more likely to drift off course if not used correctly. They also tend to create larger holes than brad point bits.

– The cutting edge on brad point bits is straight, which gives them less cutting power than spade bits but also makes them less likely to drift off course.

– Brad point bits also create cleaner holes than spade bits because they don’t tear up the material as much while drilling. 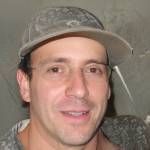